On April 16, Marianne Kernan, the founder and “volunteer” Executive Director of Linden Lodge, and husband General William Kernan, US Army Retired were the Keynote Luncheon Speakers at the Ninth Annual NAMI-Wake County Celebration of Courage Luncheon. 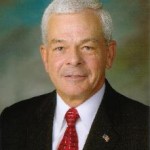 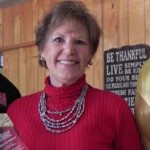 Marianne and “Buck” shared their courageous journey with their son, Keith, who lives with schizophrenia. As always, NAMI-Wake put on a great event with the goal of raising awareness of those struggling with a serious mental illness and their families.

General William F. “Buck” Kernan and his wife, Marianne, are two people who unselfishly give back to make the state of North Carolina and the lives of people with mental illness better. Their story is one of courage, hope and empowerment. Their journey underscores the fact that serious mental illness
is an equal opportunity illness. It can happen to anyone.

During this time, Marianne was involved in carrying out responsibilities as a commander’s wife for his troops
and their families. She was recognized with an Outstanding Young Women of America award, a public service award from the Department of the Army and a Presidential Citation for Public Service Award.

Gen. Kernan is a highly decorated officer whose military career included such prestigious assignments as commanding the 101st Airborne Division (Air Assault), the XVIII Airborne Corps and Fort Bragg. He assumed command as the Supreme Allied Commander, Atlantic and Commander in Chief, United
States Joint Forces Command, Norfolk, Virginia. Combat tours have included Vietnam, Grenada, and Panama. During Operation JUST CAUSE, he led the 75th Ranger Regiment in its combat parachute assault onto Rio Hato. He retired from the Army on in 2002 and assumed the position of Senior Vice
President and General Manager for International Operations for MPRI,  a wholly owned subsidiary of L-3 Communications. He was recognized by NC Technology Association for his help in protecting NC’s $18 B military economy.

After settling in Pinehurst, NC, inspired by her son, Keith’s illness, Marianne became a volunteer advocate and teacher for classes to help families of people living with mental illness. She was recognized as the NAMI 2009 Advocate of the year and was recipient of the Governor’s Exemplary Volunteer Award. She is the immediate Past President of NAMI Moore County.